Written by: Your Home Improvement

If you are looking to find a replacement for your old obstructionist wooden door, a French door could be perfect for you. Their minimalistic design and open-air feeling will transform any room into a beautiful space. Plus, they will enhance a home’s curb appeal, whether you use interior French doors or exterior. 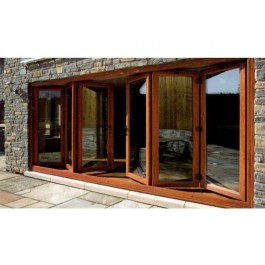 French doors are great for patios as homeowners can have their garden or lawn be a focal point. The combination of windows and doors allows sunlight to freely enter a space. Interior French doors can act as a visual bridge between two adjacent rooms and can even replace a wall in some cases. Many people enjoy the open look that it brings and say that it lowers the claustrophobic feel that small homes can give, especially when there is a lack of windows.

Front doors with glass panels often fill wide openings and enhance the flow between rooms. A room that could be separated by a thin wall can be replaced with a French door to expand the sense of space between rooms. Versatility and congruency are two traits that make these doors so popular in design.

Because of the delightful visual appeal that French doors give off, expect them to have a heftier price tag than other doors. Often considered a smart investment, homeowners that plan to put their house on the market can see a jump in its value due to its upscale appearance. If you are skilled in carpentry and adept in installing doors, you can skip hiring a professional to save money. Historically, French doors haven’t been a common option to be used as a front door because of the ability for an outsider see through to the inside. It wouldn’t be hard for an intruder to depict whether or not they want what’s inside your home. Recently however, a stronger and more durable insulated glass has been developed.

French doors are not recommended for areas with hazardous weather conditions. Although many French doors have been improved over the years, areas that are prone to hurricanes and tornadoes can pose as a huge threat to a household. This doesn’t mean that you can’t purchase a French door if you reside in an area with these conditions. Hurricane shutters are available and can be easily rolled down in the case of an emergency.